Today I'm delighted to be bringing you the first of four gorgeous covers being revealed over the bank holiday weekend and this first one... I can't tell you just how excited I am to read this book.

It's the new novel by Tracy Buchanan, her debut, My Sisters Secret, was released last year and I loved it that much it worked itself into my top reads of last year. It was utterly captivating and I urge you to read it or bump it up your TBR. In case you missed my review of it, you can have a nosy here.

So anyway, Tracy's new book... Here's all you need to know along with its gorgeous cover! 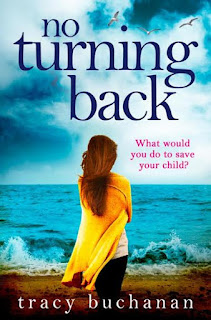