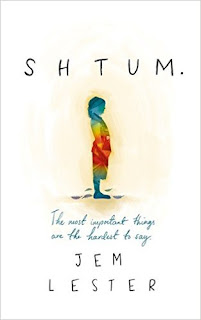 A must-read for fans of David Nicholls, THE SHOCK OF THE FALL and THE CURIOUS INCIDENT OF THE DOG IN THE NIGHT-TIME.
Ben Jewell has hit breaking point.
His ten-year-old son, Jonah, has never spoken. So when Ben and Jonah are forced to move in with Ben's elderly father, three generations of men - one who can't talk; two who won't - are thrown together.
As Ben battles single fatherhood, a string of well-meaning social workers and his own demons, he learns some difficult home truths.
Jonah, blissful in his ignorance, becomes the prism through which all the complicated strands of personal identity, family history and misunderstanding are finally untangled.
Funny and heart-breaking in equal measure, Shtum is a story about families, forgiveness and finding a light in the darkest days.

I've had Shtum in my TBR for what feels like forever - I won it on twitter at the tail end of last year and as it wasn't being released until April 2016 I concentrated on other books publishing earlier - my how time flies. I was offered the chance to be part of the blog tour but due to personal circumstances and work getting in the way, getting round to reading this has been a slow ride.

I found the first half of the book in particular quite difficult to read. We were thrown straight into Ben and Emma's situation - their son Jonah has Autism and on the advanced end of the spectrum. They've reached breaking point and have decided to split to help their argument at a tribunal - a case they are fighting to enable Jonah to attend full time residential care.
It wasn't so much of the story line I struggled with, it was more the conversation between characters - their dialect was quite blunt and I felt I was thrown into the convo's without any introduction.

The second half of the book flowed much more easily for me, background and history started to emerge and so pieces of the story started to slot together.
Ben and Jonah have moved in with Ben's father, Georg and I instantly loved the relationship he had with his grandson. Ben and Georg's relationship was a different story though but I enjoyed reading on to see how they over come the challenges.

I felt that the title of the book really summed up the story - you have Jonah whom through his Autism is unable to speak or communicate, whilst you have Ben and Georg who refuse to talk about everything from their feelings to family history to the future.

There were some humorous parts of the book, but please be advised that these are of a tongue in cheek / black comedy type of humour. Shtum is very straight to the point but has a very powerful message that highlights a families desperation and fight for rights and freedom surrounding Autism.

The story of the book was fairly fast paced - suddenly there is a sentence informing you that you have moved forward in time (for example: We've been there three months now) but what I did enjoy was the use of flash cards as chapter titles and the mix up of realistic looking hospital and solicitors letters which not only helped move the book's timeline forward but kept in interesting too. 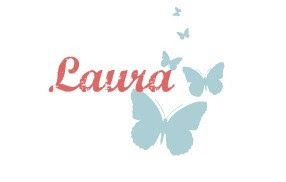