The Husbands Secret by Liane Moriarty

There review for The Husbands Secret is by guest reviewer, Katrina 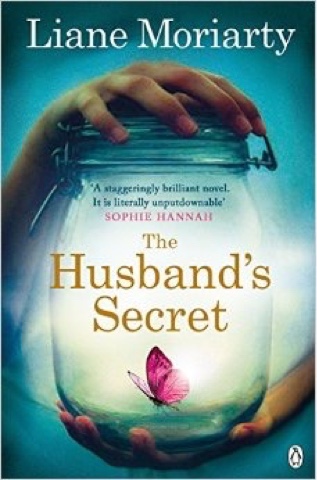 Mother of three and wife of John-Paul, Cecilia discovers an old envelope in the attic. Written in her husband's hand, it says: to be opened only in the event of my death.

Curious, she opens it - and time stops.

John-Paul's letter confesses to a terrible mistake which, if revealed, would wreck their family as well as the lives of  others.

Cecilia wants to do the right thing, but right for who? If she protects her family by staying silent, the truth will worm through her heart. But if she reveals her husband's secret, she will hurt those she loves most...

I stumbled across 'The Husband's Secret' amongst a pile of books that had been donated to the charity shop where I work. I don't normally go for this type of book but the blurb intrigued me, however it has been sat in my TBR pile for a few months now.

Then last week I read Laura's review of 'Big Little Lies' also by Liane Moriarty, which prompted me to download the ebook immediately. I was so impressed by the suspense created and how fantastically written it was, that I made 'The Husband's Secret' my next read.

Unfortunately, I was left quite disappointed by this book. The book opens with Cecilia and her family. Whilst looking for a bit of the Berlin Wall for her daughter Esther, she discovers an envelope addressed to her, only to be opened in the event of her husband John-Paul's death. Cecilia's head explodes with all possibilities of what the letter could contain.

The next two chapters introduce us to two other families - firstly Tess, her husband Will and cousin Felicity who have "fallen in love" with each other, and secondly Rachel, her son Rob and his wife and child Lauren and Jacob. I found the sheer number of characters very overwhelming, especially as they were all introduced immediately. A little while later in the book, we discover that they are all connected but at first I found it very confusing to keep up with who was who, especially as the chapters jumped from family to family.

I won't spoil the 'husband's secret', however as more of the character background stories are told, it is very easy to guess what John-Paul's secret is a long time before it's actually revealed. I found the book to be very predictable but that didn't stop me from carrying on reading, in the hope that something unexpected would happen.

The main twist for me came in the epilogue, where I genuinely gasped at some of the conclusions drawn. However it also left me wanting to know more, as not all of the aspects were realistic. It did emphasise how the course of life can veer yet we will not always be aware of the path we should/could have taken.

This wasn't a bad book by all means - I think I had such high expectations after reading Big Little Lies, that this book just didn't cut it for me (however Big Little Lies is Liane's most recent book, so it goes to show how much her writing has improved since this novel in my opinion!).

Nonetheless, I was eager to see what would happen next throughout and I will most definitely try another of Liane's books in the future!