UPDATE: I'm reposting this post which was first published in February as the lovely Lorelei and Helena @ Avon contacted me explaining that the book has had a title and cover makeover for the summer.
So without further ado, I can let you know that the title is now known as 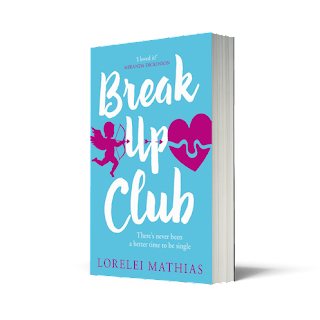 Today Is my stop on the blog tour run by Avon for Lorelei Mathias new book - Reader, I Dumped Him, and I have a fabulous Q&A with the lady herself.. 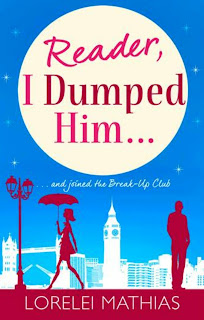 This story is a celebration of the people that bring you back to life when your world closes in: your mates.Relationships come and go, but the Break-up Club membership never truly expires. Holly Braithwaite and loveable loser Lawrence have been together for five years. But the obvious cracks in their relationship can no longer be ignored and Holly soon finds herself saying ‘it’s not you, it’s me.’In the shock aftermath of their break up, Holly finds unlikely companions in Olivia, Harry and Bella. Together, they form the Break-up Club, as they support each other through their mutual melancholy and find ways to love, laugh and function as human beings again.Break-up Club meets every Sunday. Each week, as the comedy and drama unfolds, they discover a new BUC ‘rule’. And, one by one, the rules become vital markers on their journey to recovery . . .‘BREAK-UP CLUB’To our members, we’re the first emergency service 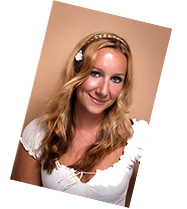 Do you have a certain place you like to write?

A room with a view…of water. Well OK, as close to water/the sea as feasibly possible! It
might sound ludicrous, but I really find it wakes something up; it's like caffeine for the
eyes!
Or to put it differently, I reckon looking at any kind of natural beauty does something to
your mind. Flicks a switch. A marvellous old chap called Art Schopenhauer called it the
reaction to the sublime: you feel a sense of awe in view of something so powerful and
beautiful, and that lovely feeling triggers a temporary cessation of the eternal willing and
striving of all existence and humanity. You know?!
In other words, it kicks the living s*&t
out of all the mental clutter charging around your head. Should I change it back to
Baskerville size 10? Should I put on a spin cycle? When did I last change the Brita water
filter? And makes you feel calm and inspired enough to focus on what really matters – the
words on the screen – or lack thereof.
That’s my theory anyway, and it’s why I have to take
a lot of ‘writing holidays’ to get my books written… but if you can’t get away, then I highly
recommend at least having a window where you can see at least an inch of sky.

Which author has inspired you most?

There are so many novelists I could mention, but in the past few years, Lena Dunham has
come to be a God-like hero to me. Her recent book Not that Kid of Girl (also from the good
people at Harper Collins!) is just brilliant. Hilarious, punch-packing and wise beyond her
years. I saw her speak at the South Bank last year, and I was spell-bound by how articulate
and funny she was.
There are moments in Girls that have me practically in tears of awe, they are so brilliantly
crafted. In the episode 'Beach House' the friends all fall out rather badly. It’s so well-
observed about friendship and the things that can fracture it; but then there's this
incredible moment at the very end of the episode, when they’re all sat on a bench not
speaking to each other, and they suddenly all pick out the dance moves in slow-motion, to
the routine they all learned together earlier.
You get a sense they are still in tune with
each other - just. It's perfect. If my portrayal of a group of friends in RIDH could be within
one millionth of an inch as accurate as that, then I’d be a happy lady!

What is the best thing about being an author?

What are you writing next?

There was a real life '249A' flat very much like the one in RIDH,
but it wasn't in Tufnell Park. My time in that flat was a pivotal one in my twenties, and
inspired a wealth of stories, but one big one in particular. So if/when I get back into
writing that, it’ll be a book that finds comedy in the slovenliness of flat-sharing - which
RIDH touches on in places!
It’ll be a book about that weird limbo in between being a
student and adult, and the sense of trying to find 'your place' in the world – whether that’s
in a Warehouse community in Tottenham, or couch-surfing through Craigslist in Venice
Beach. It's a book about Home, and how that's not just a place, it’s a person. Funnily
enough, the title I had for the book I was writing during that time was Maison D'etre. At the
time I was intensely proud of the wordplay, but then a cafe opened up with that same
name - literally across the road. Which is beyond eerie, but such is life!

Do you have any tips for aspiring writers?

Don't do what I did with my latest book…!
Haha.

What I mean is, this book came out of a
funny period in my life, where I was forever going – oh, that’s funny, imagine that in a
scene with this character! People often say – anything bad that happens – use it as
material!
But in reality, the 'funny material' you get actually weighs you down like an albatross, and
you end up having to shed a lot of it as it's not driving any kind of narrative. I’d be the first
to admit that RIDH isn't a hugely plot driven book; it's more of a slow-burner.
So yeah, plot. Get yourself one of those! If that doesn’t come naturally to you – read books
on it. Or go on a course to workshop ideas with other people. And if plot isn’t your
strength, but character is – use that to your advantage. Make sure that the plot is coming
out of your characters’ traits of some sort. (spoiler alert – delete?)
For example, (and I’m
not saying this is a great example, mind!) Olivia doesn’t just get ill randomly – she gets ill
because she’s run down and not been eating enough, because she’s got some issues to do
with self-worth, and hasn’t processed her break-up properly. It would be boring to read
that she just suddenly gets ill by chance. Having it come out of her character trait, that’s
more interesting because then there are clues you can pick up on as a reader.
Another thing is to have a point of view.
With RIDH, I set out to say that of all the loves we
have, friendship is one of the most important (if not the most). I knew it was true for me
and for my friends, so that was my backbone. I had it written down where I could see it a
lot of the time when I was writing. So long as you have one of those – an idea that you want
to get across, that’ll help you see in the dark!
Lastly, something I’ve learned writing this last novel – don’t have too many main
characters! I had to kill a whole one off, there were too many. There probably still are.
Don’t make life hard for yourself! Three is plenty to be going on with.

Thank you to Lorelei and Natasha @ Avon for providing the content for my blog tour stop - make sure you follow the tour and check out the other bloggers involved!

My review for Reader, I Dumped Him will be on the blog shortly but in the meantime- 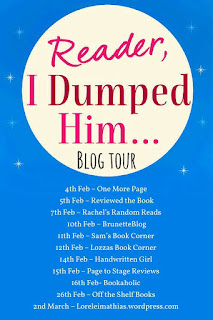