Today is my stop on this gorgeous blog tour and I've a lovely guest post from Victoria for you so read on for this plus all the information you need about the book - there's also a giveaway for you to enter too! 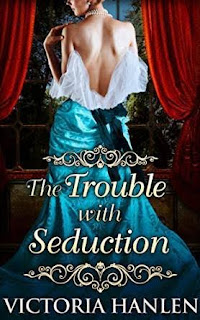 Sarah, Lady Strathford is ready for a little harmless frivolity with a man of her own age and her own appetites…surely that’s not too much to ask! After the death of her beloved husband years before Sarah is ready for an adventure… Enter the dashing, roguish – and baffling – Mr. Cornelius Ravenhill.

Ravenhill, however, is not the gentleman he seems, and soon Sarah finds herself battling against the corrupt and harsh world around her as it threatens to destroy all she holds dear. The question is, will her seduction at the hands of Mr. Ravenhill prove to be her saviour or her downfall? 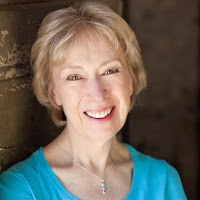 About Victoria:
Award winning, historical romance author, VICTORIA HANLEN, has worked at a wide range of jobs, from fashion, to corporate business, to treading the boards of stage and professional opera. A lifelong writer, she once put her skills to use in PR and advertising. But her favorite form of writing is stories with happily-ever-afters.

Additionally, she likes to bake (especially pies), paint (especially barns with cows), and take photographs (especially of sunsets and critters) Victoria and her husband live in rural New England surrounded by a host of wildlife.

GIVEAWAY for a £15 Amazon Giftcard

For me, character development is a lot of fun. Since my novels tend to grow out of one other, I often recruit secondary characters from earlier stories. I equate it to looking out over a classroom filled with possible characters, give them the steely eye and say, “Okay, which one O‘ you wants to be the star of this next book?”
My nice characters, the ones with stellar personalities who live good, respectable lives, usually take a nose-dive under the desk and clam up.
My villains or semi-villains throw their hands into the air and start bouncing up and down, yelling, “Me, Me, Me! You need to let me tell my side of the story!”
Since I already know them quite well from previous writings, they usually get the nod. Plus, the villains are always more interesting than the nice, well-mannered characters.  They have hang-ups, behave unpredictably, have nerve endings too close to the surface and usually have tons of conflict in their backstory—all good things for a starring character.
The main thing is, they need to possess strong motivations with enough intensity to carry a scene and give the story momentum all the way to the end. Even if they appear to be calm seas on the outside, it’s great if they have a Category 5 hurricane stirring them up on the inside.
I also enjoy choosing my character’s names and take care to make them distinctive.
Some people tell me they can’t begin writing until they have the perfect character name. I usually start by typing in any old name because I know it will change several times before I settle in on the perfect moniker.
After I’ve nailed down their idiosyncrasies, physicality and personality I have more of a feel for what their name should be. I also take into account the time period, where they were born, their occupation, heritage and anything else that makes them unique.
I write lists of names and collect them like some people collect tchotchkes. I have books that include historical names. I do internet research and make more lists. Then I try the winning names out on my already written scenes. Sometimes a name doesn’t suit the character’s manner of speaking, or how they look, or the kind of individual they’re portraying, or even what the other characters think and say about them.
Take for instance, my hero’s father in The Trouble With Seduction. I tried several names but none of them resonated. Then I typed in the name ‘Ebenezer’. His character is one of the largest slumlords in London in the 1850’s. The name fit him perfectly! (Thank you Scrooge)
Sarah’s suitor was frequently clumsy, both physically and in social situations. He was portly and lumbered along when he walked. He became Lord Lumsley.


In my previous book, The Trouble With Misbehaving, my hero was a notorious blockade-runner in the American Civil War. Beaufort was a North Carolina port town during that war. My hero’s name became Beauford. And since he was very handsome, his friends called him Captain Beau.
Posted by Unknown at 06:00:00