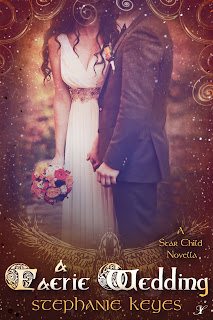 Today is my stop on the #AFaerieWedding blog tour hosted by Neverland Blog Tours, and I'm delighted to have a feature for you.... this feature is super special as its a blog takeover from one of the books characters, Gabe Stewart.

So without further ado I best hand over the reigns to Gabe...

Hey peeps! I hope your having a rockin' day!
Huge kudos to the super dope Laura from LozzasBookCorner for having me here.

Lately I’ve started reading these classic books and reviewing them.
Anyway, here's my review on
this book by Vic Hugo.

Let me say that these people were MAJOR overreactors. So there's this girl, Jean Valjean, who
steals this loaf of bread. They put her in prison. I mean, holy cow. Talk about extremes. Jean even
has to change her identity. Oh, okay, wait. My best friend, K, just told me that he wasn’t a
woman, but a dude.
So there's this guy, Jean Valjean. I guess maybe he gets a sex change? Anyway, he has to change
his name and move to another town where he becomes the mayor. Then he helps this dying
prostitute and ends up raising her child, Cosette. Then he’s captured and escapes. There’s a lot of
capturing and escaping–seriously, this dude is like Houdini.
Meanwhile, people are still hunting him over this damn loaf of bread. I mean, geez! Who the heck
cares about a few carbs. I would have just baked a new loaf and turned it in. K, do you know how
to make bread? Okay, K says I’m getting off topic.
I'll tell you one thing. The book is really well titled because everybody in the book is freaking
miserable. I mean, why even get out of bed? Most of them don't even have beds or bathe. And
then Jean dies at the end. Can somebody give me a hug?
Gabe's Take: If you don't mind reading about some unpleasant people who've had a sex change,
this is the book for you.

**Gabe Stewart is a fictional character in Stephanie Keyes' The Star Child Series. This piece is
intended as a parody review and should not be interpreted as a true analysis of the book. Read
more about Gabe, Singer, Kellen, and Calienta in A Faerie Wedding and Into Faerie.
www.stephaniekeyes.com

About the Book
A Faerie Wedding (The Star Child #4.5)
by Stephanie Keyes
Release Date: February 12, 2015 | Publisher: Inkspell Publishing
Genre: New Adult | Designer: Naj Qamber
Gabe Stewart has everything he ever wanted. Mortal Earth is safe. He’s a super-hero Protector whose best friend is within telepathic shouting distance. And then there’s his soul-mate, Singer. He knew right away she was the one he’d been waiting for.
But Gabe’s world shatters when Singer professes she doesn’t love him. On top of that, his mother admits she’s been messing with his memory making him doubt everything he’s ever known. And just when it seems things can’t get any worse, his best friend in the whole freaking world, Kellen St. James, wants Gabe to stop being his Protector. Being a Protector is who Gabe is. What will happen if he’s not standing between the prince and danger?
When the man who’s sacrificed his freedom is faced with life alone, which path will he choose? Will he remain the last Protector? Or will he finally get the happy ending he deserves?
*A Faerie Wedding is a companion novella--intended to be read after the other books in the series. It is a New Adult novella and features adult language and situations.
Amazon | Kobo | iTunes

Love The Star Child series, but want to hold a book in your hand? Want them all in one e-book? Pick up your copy of Into Faerie: The Star Child Novellas today! 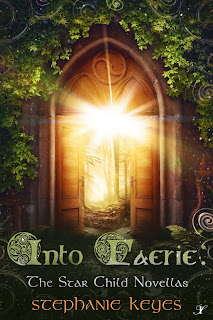 Stephanie Keyes is the author of the YA Fantasy series, The Star Child, which includes The Star Child, After Faerie, The Fallen Stars, The Star Catcher, and The Last Protector. The Boy In The Trees, part of the Blood In The Shadows anthology, released in November 2015.

The Star Catcher won first place in the 2014 Dante Rossetti Young Adult Novel Awards—Mythological Category. The Star Child was a finalist in the 2015 BTS Magazine Reader's Choice Awards. Keyes was also selected as a 2015 Rutgers University One-On-One Plus Conference mentee. She's an active member of SCBWI.

Steph lives in Pittsburgh, Pennsylvania with Mr. Keyes, her boys, Hip-Hop and Bam-Bam, and dogs Duncan MacLeod and Princess Riley. Steph is a hopeless romantic and Whovian who's shamelessly addicted to Nutella and spontaneous singing.