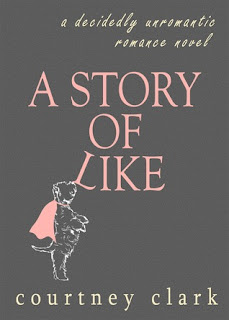 He's every woman's idea of the perfect man: a middle income job, a receding hair line that only Mr. Clean would envy, and a body fit for the beer Olympics.

Meet Addison Anderson. Although Addy is happy with her life—she has a job she loves, family and friends who support her, and her very own sidekicks in her neurotic Superdog named Lola and a nefarious looking cat named Moustachio—she’s missing the one thing that every girl wants, a plus one to couple's game night.
Enter Charlie. Not exactly the man of her romantic fantasies, Addy is quick to put him in the friend zone, but as he rapidly becomes an invaluable part of her life, Addy must make a big decision: which is more important, that elusive spark or someone to share her life with?
Join Addy on her comic voyage as she discovers that not every story is a story of love, sometimes it's a story of like.

This book is brilliant!
It was funny from the very begining with Addy telling us her story. Her pets and family were what made this book!
It showed the real closeness of families and it made you want to be Addy. It was a book which showed love at first sight in a brilliant way.

This book is very well written and it is one that I would highly recommend to anyone. It was quick to read and was a perfect read when you wanted to chill out.
It made me laugh out loud and it was the perfect way to spend an evening after a long day. Everyone should have a read of this book.
You will not be able to put it down and it will make you wish that you were in Addy's shoes! A entertaining and thrilling book which truly shows life which anyone can relate to it.