The Morning After Memoirs by Kate Michaels

The review for The Morning After Memoirs is brought to by guest reviewer, Katrina. 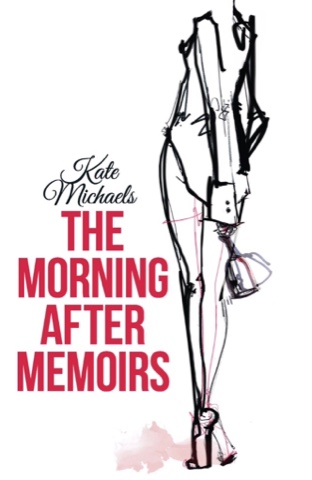 Twenty-nine-year-old Jess wakes up in New Year's Day a touch hungover and a whole lot confused. The man in bed next to her is not her boyfriend, Ben.
In fact, she doesn't even remember Not-Ben's name. It won't be the first time she finds herself in a questionable situation in a year that proves her new single-in-the-city lifestyle is far from the glamorous Sex and The City world she's been promised on TV.
Between hacking through last year's leg hair, accidentally snogging someone who may well be her cousin, getting hit over the head with a sex toy that isn't even hers, and ending the night with a walk of shame into her parents' garage, Jess's single life is turning out more cockroaches than cocktails.

The Morning After Memoirs is the story of one woman's search for love, meaning, and a low-calorie alternative to wine.


When Laura gave me the opportunity to read and review this book, I jumped at the chance! I love this sassy type of chick-lit and it definitely did not disappoint.

The book starts on New Year's Day when Jess wakes up in bed next to a man who is most definitely not her boyfriend Ben. She doesn't remember much at all from the night before and this enormous error escalates into her ruining her life in one night, immediately being dumped and left almost homeless.

Once she gets her act together, she tries to make the most of her new found singledom by getting back on the dating scene, finding a new home and finding a new job. Combine all that with the fact that Jess also turns 30 this year, leaves you with a hilarious and sometimes embarrassing story of how she tries to get her life back on track.

The book is set across the length of a year and whilst there are no big shockers, the story comes round in a full circle as we see how Jess copes with trying to rebuild her life during the year.

This book is hilariously written and reminded me so much of Bridget Jones' Diary which I read earlier this year. The writing is sharp and witty which makes for easy reading. I particularly love the way Kate Michaels writes the descriptions of characters, for example - "Lisa, 5’ 11’’, Kardashian-brown hair, Disney-Princess eyes, likes sparkling cocktails, dislikes men with tongue studs (it’s a long and painful story)".
It gives a quirky insight into the many characters we meet during the book.

I enjoyed Jess as a character - as annoying as she could be at times, she's a normal girl with many life struggles that anyone can relate to. Her friends in the story were also funny, and we all know someone who is similar to them!

The only real criticism I have is the lack of detail when it comes to Ben and Liam (Non-Ben) as we don't get much information regarding how Jess ended up in her predicament. Ben and Liam only pop up occasionally and personally I would have liked them to have more involvement in the story.

However, this was easily one of the most amusing books I've read in a long time! There are plenty of laugh-out-loud moments and the book is very fast paced. This is a fantastic first novel by Kate and I can't wait to read more from her in the future!

I would like to thank Laura at Ago Publishing for giving me the opportunity to read and review this book. This is my honest opinion.
Thank you Kat for another fab review!