Promo Post: Those Children Are Ours by David Burnett

Today I'm hosting a promo post for David Burnett's new book, Those Children Are Ours, which is currently on a blog tour with Brook Cottage Books.

Below you will find the book cover, blurb, purchase links, author bio plus a giveaway! 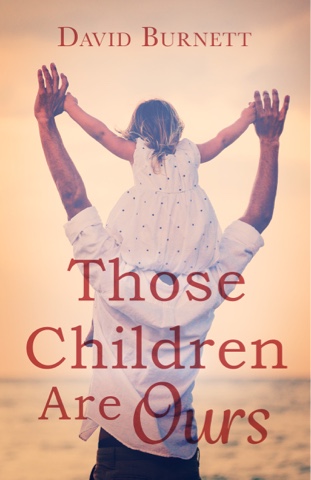 Jennie Bateman screamed at her daughters, cursed at her husband, packed a bag, and walked away. Twelve years later, she petitions the family court for visitation with her daughters, Alexis and Christa.
Her attorney tells Jennie that, ordinarily, she could not imagine that some type of visitation would not be granted. But, she warns, the situation is hardly ordinary.

True, Jennie suffered from a bipolar disorder when she began to drink heavily, abandoned her family, and moved in with another man. True, she has turned her life around: leaving her boyfriend, returning to school, entering therapy, taking medication, finding a job, and joining a church.

But she pressed no claim for her children when her husband divorced her, and she has made no attempt to contact them in any way. Her daughters are now sixteen and fourteen. They live four hundred miles away, and they have busy lives that do not include her, lives that will be totally disrupted by the visitation that Jennie requests.

Their father is engaged to be married to a woman who has taken the role of their mother for a decade, and neither child wants anything to do with Jennie. Alexis remembers nothing good about her. Christa recalls nothing at all.

Conflict ensues as soon as Jennie’s petition is served: her former husband does not want to share his children with the woman who deserted him; her children have no interest in knowing the mother who abandoned them, and her father believes that she is being timid and ought to demand full custody, not visitation.

As court convenes, Jennie’s past is dredged up− the desertion, the men, her drinking, her mental health − and hauled before the judge. Her claim to be a different person, now, is attacked. When the judge appears to be reluctant to grant Jennie’s request, but seems to feel that she must, her husband’s attorney suggests three trial visits, hoping that they will go so badly that Jennie will come to her senses and drop her petition.

Jennie wants to be a part of her children’s lives, but can she convince them to allow her to try? 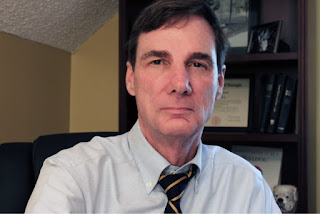 We recently moved to our new home near Charleston, South Carolina. Three of my four books are set in Charleston, and I’ve always enjoyed the Carolina beaches. I now have the opportunity to walk on the beach near our home almost every day and to photography the ocean, the sea birds, and the marshes that I love.
I love photography, and I have photographed subjects as varied as prehistoric ruins on the islands of Scotland, star trails, sea gulls, and a Native American powwow. My wife and I have traveled widely in the United States and the United Kingdom. During trips to Scotland, we visited Crathes Castle, the ancestral home of the Burnett family near Aberdeen, and Kismul Castle on Barra, the home of my McNeil ancestors.
I went to school for much longer than I want to admit, and I have degrees in psychology and education. In an “earlier life” I was Director of Research for the South Carolina Department of Education. My wife and I have two daughters and, by the time you read this, four grandchildren.