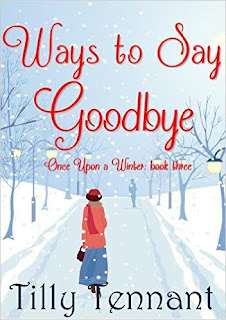 Genre: Chick lit
Release Date: 18TH February 2016
Publisher:  Lawsome Books
BUY LINKS
AMAZON UK
AMAZON US
When Mitchell shocked Hannah with his decision, it seemed that happiness might be just around the corner; but, as usual, fate steps in to snatch it from under Hannah’s nose. Instead of the bliss she was promised, problems are now flying at her so fast it’s hard to know what to deal with first. There’s the appearance of a mystery car that seems to be stalking her every move. Then there’s sister, Gina, torn between hunky young farmer, Ross, and giving her cheating husband a second chance to save their family. Most worrying of all, Mitchell’s memory is finally back but if Hannah had thought this would be a good thing, she soon discovers nothing could be further than the truth.


What will this all mean for Hannah? She deserves a happy ending, but right now it seems horribly far away...

Review - apologies again for it being short and sweet but these are short stories and I don't want to give the story away!

I'm really enjoying this series from Tilly Tennant. Ways To Say Goodbye is the 3rd book in the Once Upon A Winter stories and as with the 1st book, I absolutely flew through this one - granted being a novella it is shorter than a full novel but I still think an hour is good - especially for me. Tilly is a fabulous story teller and I really feel like I know the characters and the area in which the story is set.

In this section there is everything I've come to love from Hannah and her sister Gina except there are a lot more twists and turns than I was expecting. Without giving too much away, every time Hannah feels like something is going right, something goes wrong!
There is a fair bit going on in this book too - Hannah and Mitchell sort of get their act together but not before his memory comes back and he darts off to Martine, Gina and Jess come to blows over moving back to Millrise.. the mystery car - just who is this?!?! I NEED to know!!
The biggest twist in this section of the story for me came right at the end and all I shall say is it involves Ross and the hospital.... I'm off to delve into the last part RIGHT NOW!!

To read my review of The Accidental Guest which is book one in the Once Upon A Winter series, please click here. For book two, I'm Not In Love, click here.


GIVEAWAY £10 (or equivalent) Amazon Gift Card a Rafflecopter giveaway
Posted by Unknown at 05:30:00