I've read a few of Jill's books, and have loads more to still read, and absolutely love the way there are main characters mixed with sub characters, whose stories all come together in the end, if you haven't read any of these before then I strongly suggest you do so, particularly if you adore happy ending chic-lits! 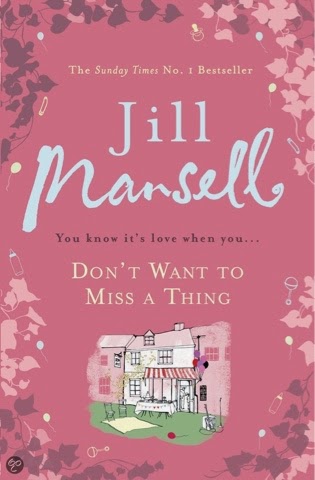 There are two main characters in this book, Dexter and Molly, the other characters evolve from these two.
Dexter is a good looking London boy, has a flashy car, good job and and endless string of female attention. He's never known love before and has never settled down. The main woman in his life is his older sister, Laura.
When Laura gives birth to Delphi, Dex adores his niece and for the first time in his life knows true love.
Tragically Laura dies leaving eight month old Delphi in his care. Giving up his home, his job, his life in London, Dexter and Delphi move to the country, being her guardian he feels she will have a better life there.
Molly is their neighbour whom he relys on to help out. She's the friendly village sort, happy to help anyone, anytime. When Dexter panics he's not doing a good job, he turns to Molly.
Their friendship blossoms, although also has some set backs too, but as both Molly and Dexter form relationships with Vince and Amanda respectfully, they start to question their feelings for each other.
As I previously mentioned, Jill Mansell's books cleverly tie several characters and their stories into the novel, coming together at the end.
In this book, there is also Molly's friend Frankie and her daughter Amber. During one of Molly's evening art classes, Amber is chatted up but plays it cool which is just as well as the boy is a fake. When Amber discovers who he, Shaun, really is her and Frankie's world is turned upside down.
There's also Lois and her father Stefan. Stefan is in love with someone he can't be with, Frankie secretly knows who and plans to reunite then, meanwhile there is Henry, Dexter's London buddy who helps to make Frankie smile again.
Dont Want To Miss A Thing had me smiling right from the start with its humour and even though, I, as the reader, hoped Dexter and Molly would sort themselves out, you are left not knowing the final outcome until your almost at the end of the book....
Posted by Unknown at 17:06:00